When I was 13 or 14 years old, my brother and I enjoyed building and launching model rockets. My father, the scientist, made rocket fuel for us. I remember him mixing the ingredients in a large pan on the stove.

“Listen,” he said. “This is dangerous. If I tell you to run, then you run. Run out into the orchard and don’t come back to the house until I call you. Understand?”

Brian and I ran deep into the orchard and waited several long minutes before Dad called us back to the house.

“That’s it,” he said. “We’re not going to try that again. If that had gone off, it would have blown our house to splinters and me with it.”

Dad passed away, recently. Mom has been boxing and sending his books to me—hundreds of books. I was thrilled to find an old book with some of his notes inside. Seeing the words “Rocket Fuel” across the top of the page instantly brought back the memories. 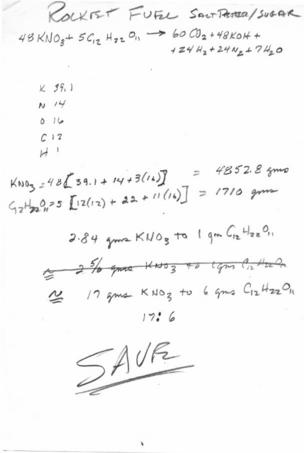 The book the notes were tucked into was a treasure in itself. 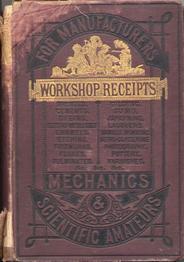 Dad used to tell a story about his chemistry teacher making gunpowder. He said the gun powder was mediocre. The teacher propped a steel plate in the eraser tray on the black board. From the back of the class room, they fired balls (lead balls, I assume?) at the steel plate using a barrel made of pipe, crimped and folded on the back end, and held in a vise. The typical shot arced noticeably in just the short distance across the room.

Dad said he had an old book with gun powder recipes in it. I don’t recall him saying where he acquired the book. He made some gun powder on his own using the book as a guide, and took it his chemistry teacher. His teacher loaded the makeshift barrel, and Dad, having already tested some of the powder warned the teacher not to use too much. Still, he packed the barrel with way too much gun powder. The shot made a hole through the chalk board above the steel plate and went through three classrooms.

Fortunately, the experiment was conducted after classes and there were no injuries. It did, however, end the gunpowder experiments.

I’m certain I’ve now found the book with the gun powder recipes Dad told about. Below are images of the title page of the book, the pages Dad’s notes were tucked between, and images of the rest of his notes found there. 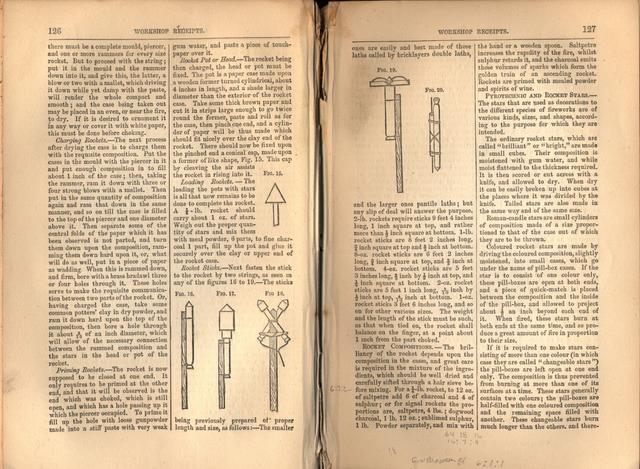 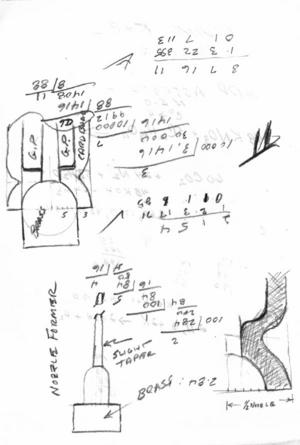 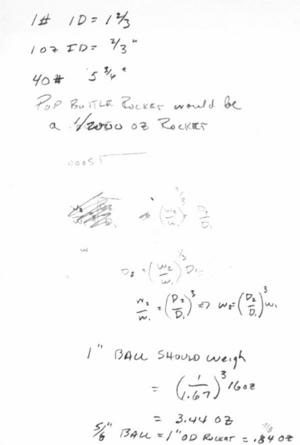 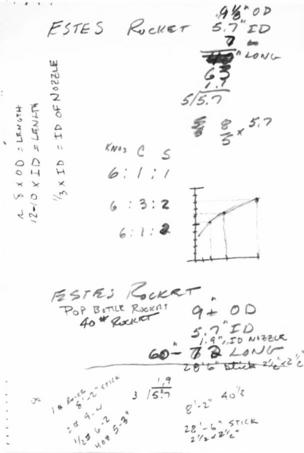 This site is the personal weblog of Marc Mims. You can contact Marc by sending e-mail to:
[email protected].

Marc writes here about cycling, programming, Linux, and other items of personal interest.

This site is syndicated with RSS.

CSS stolen from Tom Coates who didn't even complain.